Tenbury Wells, Capital of English Mistletoe, is in the beautiful Teme Valley and is situated in the County of Worcestershire on its border with Shropshire. A mile away is also the county border of Herefordshire. The area is surrounded by hop growing fields and it has a history with fruit trees, in particular Apples and Damsons. Victorians and their ancestors before them harvested the large amount of damsons produced in the area in the dye trade. 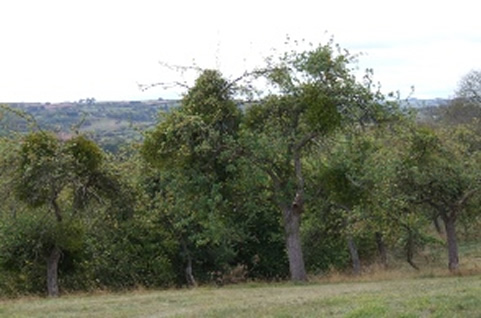 For Tenbury’s Mistletoe Association the Town’s links to fruit trees is important as, without doubt the abundant of such led to Tenbury’s close association with Mistletoe. Even today a lot of the old orchards are festooned with the Mistletoe plant, and it is this that provides the product that is sold at the Holly and Mistletoe sales in the run up to Christmas each year.

Since the Town’s long standing association with Mistletoe was recognised by Parliament in 2004, when it was decreed that the 1st of December should be known as National Mistletoe Day, the Town has been developing its identity as the UK’s Mistletoe Capital. This is unique and provides the Town with a branding that stand out amongst the rest.

The Town looks to celebrate this unique association with this hemi-parasitic plant and the declaration National Mistletoe Day by holding an annual arts festival on the closest Saturday to the 1st of December each year. The use of the arts is to portray the varied and vivid history the Mistletoe has within myths and legends. 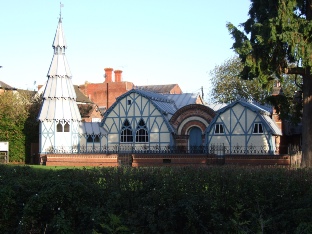 Tenbury has been an important crossing place of the River Teme since the Iron Age. There are in fact urban legends that suggest that King Caractacus is buried under the Castle Tump. Even though it is known that Caractacus made his last stand against the Roman Empire somewhere in the nearby Welsh Marches there is little evidence to substantiate the claim. In fact there is nothing to suggest that Caractacus having been captured by the Romans paraded through the streets of that city as part of a triumphal precession, that he ever left Rome. Nevertheless it makes for a romantic story and adds character to the Town, which thrives on myths and legends!

Then Town received its first Royal Charter to hold a market in 1249, when the Town was known as Temettebury. Over time the name changed to Tenbury and the Wells was added in the 1840s when a mineral well was discovered and developed in to a spar. In 1862 the Pump Rooms were built to act as the focus of this budding spa town.

Why not come and visit Tenbury Wells and see for your self!